RahmanCyber.NET | techno – If you are an application developer, you must be familiar with the Developer Portal… Yup! Developer Portal is a very useful resource for Application Developers in certain technology Ecosystems. 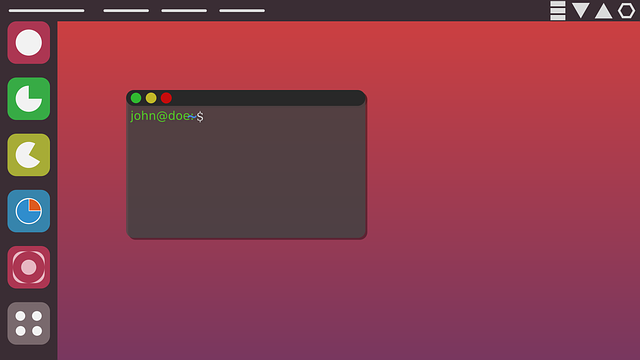 That’s why The Developer Portal becomes very important for the development of an Ecosystem Technology, in this case we may know the name OS or Computing Software Operating System.

From what I have learned so far while studying in the field of Informatics, there are several things that made me draw conclusions,

A computer hardware will be useless junk, without sophisticated software in it,

and Both ( Hardware and Software ) will be useless, if no one can operate it. So… All Component is Connected… The Power of Third!

Just imagine, RAM Memory if it’s only a small amount of RAM, it’s useless, the Processor is the same, if it’s not combined with other devices it will also become JUNK.

So, that’s why we were introduced to 3 important components in the world of computing, namely: Hardware – Software – Brainware.

Everything must exist, because the three are interrelated and need each other, one cannot be eliminated.

So, for example, if you just want to join the world of Software Developers, you need to know some of the Official Portals for Developers, where they provide various kinds of resources, even detailed learning or training for existing and new developers. 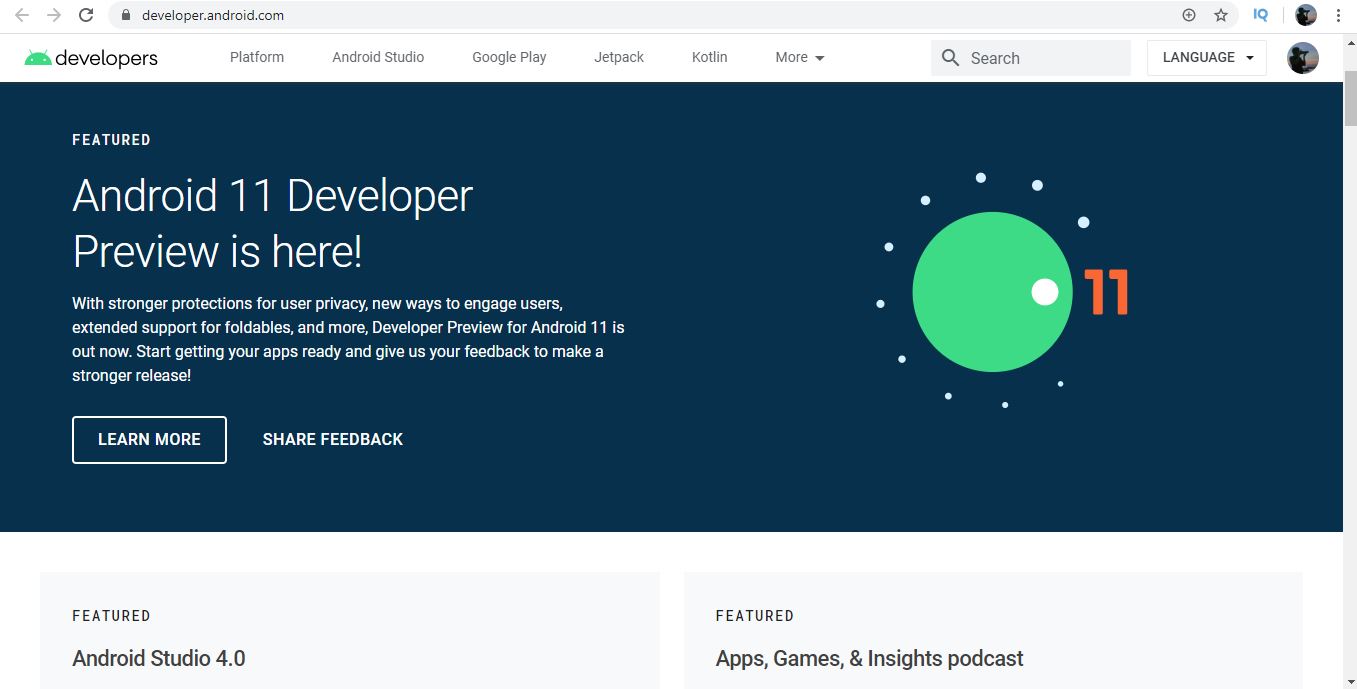 Android is currently an OS that is very user-intensive, especially mobile users, because this is indeed an OS for Mobile Devices, from before I went to college until now, I have observed that the development of the Android ecosystem is very fast, why? because from the very beginning before Android was acquired by Google, it has been Open Resourcesor if you usually know Open Sourceso of course an ecosystem that is developed together will be much faster to fill up its users huh..

Android was originally developed in 2003, by Android.Inc.. where after that Android was ogled by the Tech Giant GOOGLE! and in 2005 it was acquired by Google, meaning that it was bought by Google and the next development was under GOOGLE Inc., at that time I still smelled like kenchur, huh… well, I’m not in middle school yet… ehehe

I got the source about this android from https://en.wikipedia.org/wiki/android_version_history

you can see the details there.

And do you know… until now, Android itself still holds that principle, Open Source and the resources are easy to get on the Android Developer Portal at https://developer.android.com/

and there everything about the latest Development Update, until the resource about the latest language, namely Kotlin which replaces the previous Java, is there! so it’s very developer friendly…

For those of you who want to be developers too, from Google’s side, it’s facilitated with the program Android Chase! in INDONESIA or what is usually abbreviated as IAK, I’ve followed it, friend, here My experience with IAK was around 2017 ago, right at the beginning of the FY of Informatics Lecture.

So that’s why, I think this Android is the most complete I’ve come across, I don’t know if I haven’t found it yet, because here, apart from you guys already getting Software Developers, to develop applications, various useful resources for UX/UIsuch as ICON PACK, Designer GuideLayouts and even fonts are also available, Code documentation, API REFERENCE, development news, video tutorials, even Podcasts, are also available.

This brand is already familiar, yes, because Samsung is known as one of the first cellphones to use Android OS, apart from HTC, NEXUS, Moto. Well, as an accomplished player, it turns out that Samsung has also opened a Developer Portal, indeed, I have seen Samsung,

developed your own TIzen OS in 2012, you can see for yourself in the sources I read here https://en.wikipedia.org/wiki/Tizen although it’s actually the same as Android which was developed under the LINUX kernel, Linux Foundation, and developed in Open Source as well, but indeed from what I see, Samsung itself is still very attached to Android, whose name Meets at first glance, it’s really an imprint yes.. hehe

But I don’t know, here I don’t discuss much about this, because of the lack of knowledge, I’m afraid of being wrong later on.. What is clear, when I look at Developer Portalthere as a gathering place for developers for Samsung, yes, because various resources and Samsung’s own design principles are there, you can check it yourself at https://developer.samsung.com/

and this is for the TIzen Developer Portal https://developer.tizen.org/ 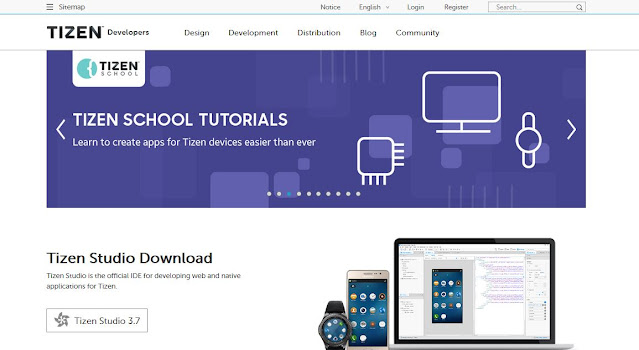 Why did I mix in Samsung Developer? because it’s under Samsung as far as I know.

Well, if you hear the name Microsoft, we are already familiar, right! if the above android is known as its mobile, now Microsoft is known for its desktop computing, but indeed Microsoft itself has also penetrated into mobile, especially with the launch Windows Phone several decades ago, which had also hooked NOKIA. But indeed I know it better as a Desktop OS, yes. Haha,

Maybe a few years ago, Microsoft was quite exclusive, yes, meaning that most developers were Microsoft’s own internals, meaning that they had to join first to become a developer, but in recent years until now, Microsoft has opened development to the public developer community, which means it is also Open Source. …

you can read for yourself here https://en.wikipedia.org/wiki/Microsoft_and_open_source the source, which is known as the Visual Studio Community which can be downloaded for free, or free for the developer community.

Some of the articles that corroborate are https://www.forbes.com/sites/jasonevangelho/2019/10/15/microsoft-to-linux-community-we-are-an-open-source-company/#4044f4354253

Okay, I’m not going to discuss further why this happened, what’s clear is that now it’s easier for you to join as an Application and Software developer in the Microsoft Ecosystem. Developer Tools Visual Studio you can download it for free! You can visit https://developer.microsoft.com/ for Microsoft Developer Portaland https://visualstudio.microsoft.com/ for Visual Studio Toolshis.

So what are you waiting for, this seems to be making things easier Cross Platform Technology deh.. it’s nice to see that the Tech Ecosystems are friendly with each other like this… hehe..

Honestly, I don’t like news about conflict ^_^ peace is better… hehehe 😀

So, maybe this is the understanding of the brand with the Apple Icon, not only known on DESKTOP with MAC, but also Mobile with IOS, to Wearable Devices, and many others, in short, those on the Apple Platform. iOS, iPadOS, macOS, tvOS, watchOS.

Apple is also known as an exclusive brand from some of my conversations with my friends. Apple itself also provides an APPLE DEVELOPER PORTAL, meaning for those of you application developers who want to enter the Apple ecosystem, you can enter through the portal. You can use existing resources for free, please enter here https://developer.apple.com/ 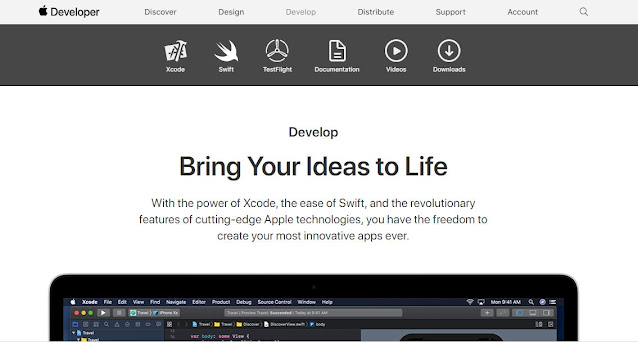 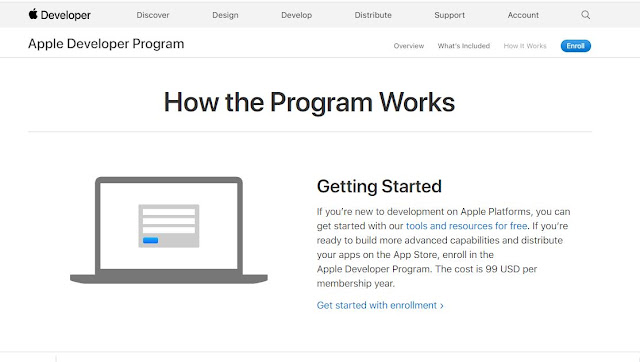 Well, you are ready to be Apple Platform developers??? It’s good now. Opening the Portal, it’s easy to be a developer who wants to cross platform. ^_^

Okay, I guess that’s all the information that I can list, hopefully it can help those of you who are developers or who want to start becoming application developers.. don’t forget to Bookmark this pageWho knows, I’ll update again later… hehe