Early users when they were younger may often use pseudonyms on their Facebook profile names. As people get older, sometimes someone feels embarrassed when they open Facebook again using a name that is not real or different from the one on the official identity.

In fact, Facebook is a community where people use everyday names, so if we are not recognized as a real name, it will be slow to be known and people will not trust us. To be safer and avoid phishing and fraud in online media, changing your real name is the right way.

Even so, we have encountered some cases of not being able to change the Facebook name on the grounds that you have previously confirmed the name. Even though the name does not match the identity and needs to be changed? Can we solve this problem?

Provision
Before that, you also need to know some provisions from Facebook in changing your name. Some things that we should not include when changing the name of a Facebook account, among others.

From the provisions above, we can conclude that if you want to change your Facebook name, change it according to a real identity card, not being reduced or exaggerated.

Usually the problem can be found after we open the General Settings menu on the Facebook name change, the sentence appears “You can’t update your name because you previously confirmed your current name.”

2. After entering the menu page Change Nameyou fill in the boxes New first name, new middle name (just leave it blank), and new last name according to the identity of your KTP, driver’s license, or similar identification. 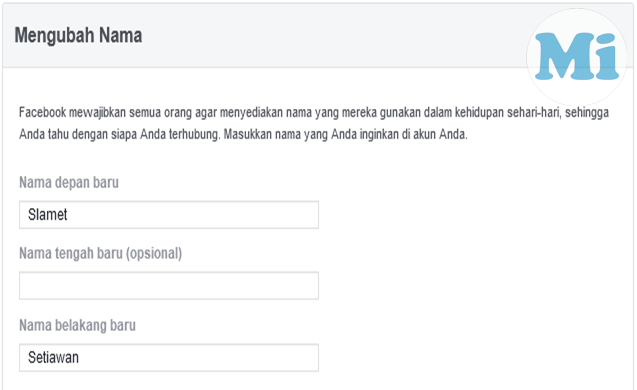 What if I don’t have a last name? Read here: How to Change Facebook Name into One Word.

3. Next, slide the page down and complete the next box, namely Reason this change, Your Documents: You can upload an identity toto, then the last box is filled with your email address that is still active and accessible. If you have clicked the Submit button. 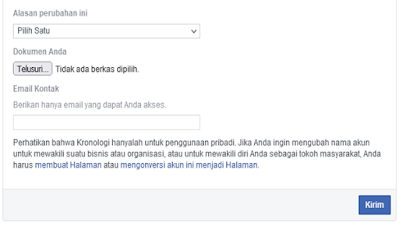 Usually this doesn’t change your Facebook name right away, you need to wait patiently until Facebook informs you that your new name on Facebook has been successfully changed.

Don’t forget to read other tips about Facebook such as, How to Prevent Notifications from Facebook from Entering Gmail.

That’s the best solution when we can’t change the facebook name, hopefully it’s useful. It is highly recommended to use real names on Facebook so that we are easily found by the closest people so that the communication line goes well.