Before we discuss further, in the title you can see, I tucked “Exynos” there…

Exynos is a series of systems on ARM chips previously named Hummingbirdis the one developed by division System LSI Samsung Electronics and manufactured by Samsung Foundry. This is a continuation of Samsung’s previous S3C, S5L and S5P line of SoCs.

Actually, this is not my own cellphone, so I borrowed it for a moment to see what kind of smartphone that is sold with a price range of 1.7 million – 2 million is..

From a physical point of view, it’s not much different…

What’s in the Box Samsung M12

Contents in the box Samsung M12 this is not much different from some smartphones entry level samsung A03s, as well as samsung m11.

The minus is that we don’t get a headset, even though it used to be for Samsung J4 only, with range entry levelgot Headsets.

for the display itself we get a screen that is quite large as usual, because most smartphone screens are now 6 inches and above, yes and for the Samsung Galaxy M12 we get a screen size of 6.5 inches (165.5mm (6.5″ full rectangle) / 161.4mm (6.4). ” rounded corners)) PLS TFT LCD , 90Hz with 720 x 1600 (HD+) screen resolution with Infinity-V display similar to the a03s place near the top front camera. So the screen looks like it’s been given space at the top to form a v letter that shade or as a place for the front camera.

It’s true that now smartphones are increasingly resembling tablets… eh, but tablets are still big, with an average of 8 inches and above, like The Samsung Tab A P205 that we have reviewed articles and video reviews way back many years.

This Samsung Galaxy M12 also has 4GB of RAM, if it is used at this time, it is reliable enough for multi-tasking.

BTW, the material for this review is the 4GB ram version, because for a lower price, there is also a 3GB version.

Incidentally the one chosen for this review is the one that has 64 GB of storage, meaning that on the other hand there are also cheaper ones with 32Gb of internal storage and even those that are more expensive, namely 128 Gb for storage, all of which are already eMMC 5.1. It’s quite fast compared to previous versions of Embedded MMC/eMMC, such as eMMC 5.0, eMMC 4.5, eMMC 4.41, eMMC 4.4, eMMC 4.1.

Besides internal storage In that case, we can also expand by adding a MicroSD CARD which is sold separately, so buy it yourself.

good news microsd card Supported This Smartphone reaches 1TB or 1 terabyte meaning this is quite a lot for a smartphone, but for the bad news is the price of micro sd card The 128 ones are quite expensive, reaching 300 thousand for those with 160MBs speed, especially the 1TB ones.

What sensors does the Samsung Galaxy M12 have?

So this smartphone is equipped with several sensors, including:

In terms of the body of Samsung Galaxy M12 this is actually not too different from the Samsung a03s that we reviewed here before, with the appearance of the button volume up and down is on the right along with the fingerprint sensor that is integrated with the power button which is located just below the volume button.

as well as port microphone jack, USB type C port for data transfer, charging and speaker is at the bottom.

As for the sim card slot and micro SD located on the left side using the ejector as usual.

In terms of cameras, the Samsung M12 has the advantage of having four or quad cameras. Own Play Camera 48MP Autofocus (btw it’s similar Samsung Galaxy A50s ever in review many years ago for the resolution figure…. hehe), made a smartphone entry level it is superior compared to Samsung a03S.

In addition to playing a 48MP (F2.0) camera, we also get a camera Ultra Wide 5MP (F2.2), which can expand the angle of view of taking photos, of course there will be many rows of families that can be photographed together at one time.

Besides that, we also get depth camera 2MP (F2.4) adjustable focus, so you can produce photos that have a charming focus point.

Not to forget, the M12 is also equipped with a Lens Macro Camera 2MP (F2.4) which is suitable for you to take photos of small objects and you want details.

It’s just yes, of course for results, just follow each camera size, yes, because in reality it’s not all 48mp, so you will get maximum results, in 48Mp mode, while for others or Macro, you only get 2MP..

The front camera of the Samsung Galaxy M12 also cannot be underestimated because here it is already 8.0 MP for the resolution (F2.2).

it’s just that if you’re looking for a flash, it’s only on the rear camera, while the front camera uses a screen.

But it doesn’t matter, because this is a smartphone, not a DSLR camera. ^_^

Other camera features, you can give stickers, you can beautify photos directly, you can enter Pro, Panorama, Food, and Macro mode.

Unfortunately here there is no hyperlapse like a camera Samsung Galaxy A03S.

it feels like something is missing if for example the smartphone can’t be used to record video. Now for my Samsung M12, it can record videos up to full HD 1920 X 1080 with a frame rate of 30fps.

The following are the shots of the Samsung M12 Camera

I try to give an overview of the results one by one from each aspect ratio that is supported on this Samsung M12. 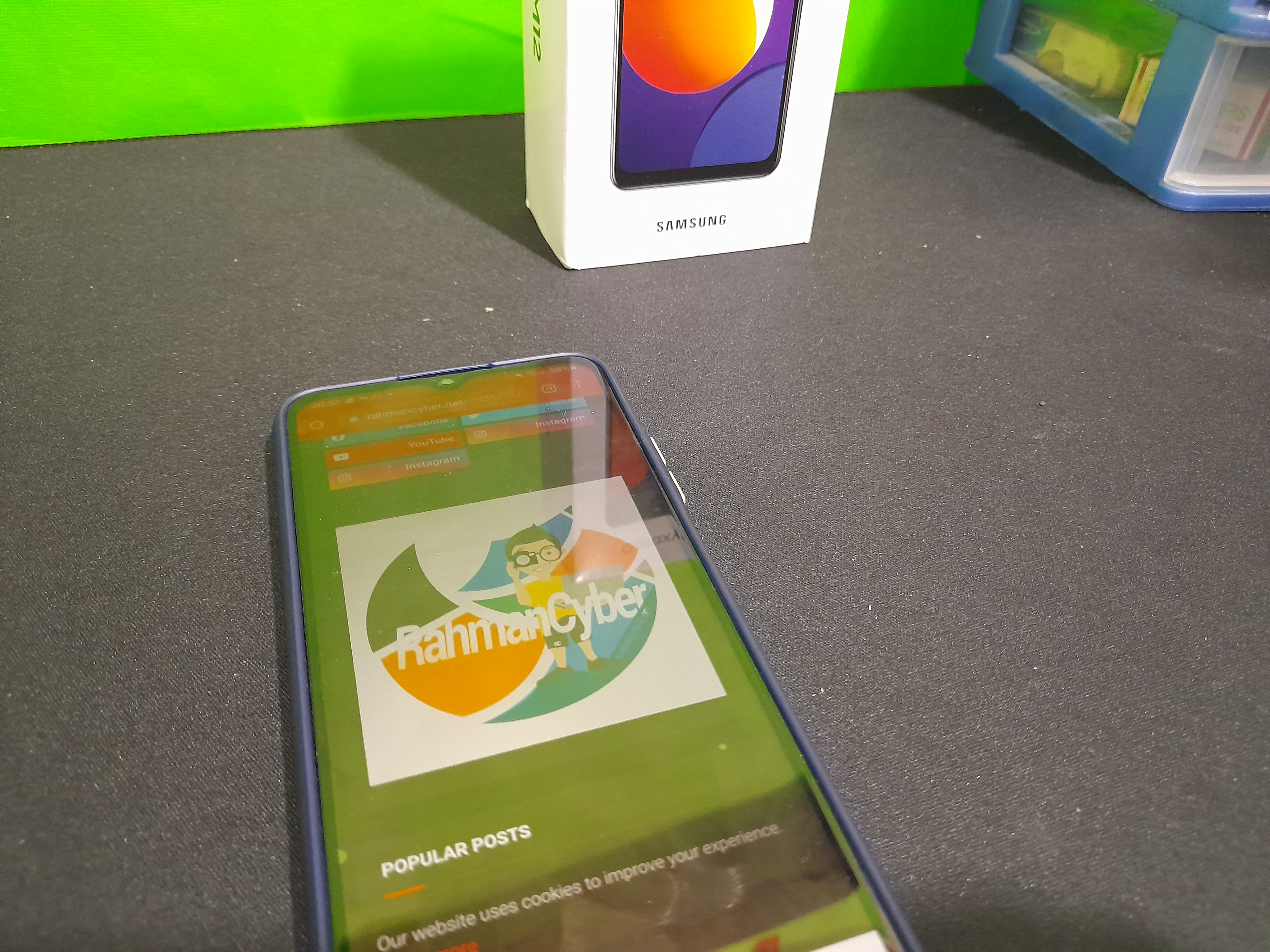 I didn’t crop or compress it, so it came straight from the camera… and this is also a pretty big file size, which is 8mb. 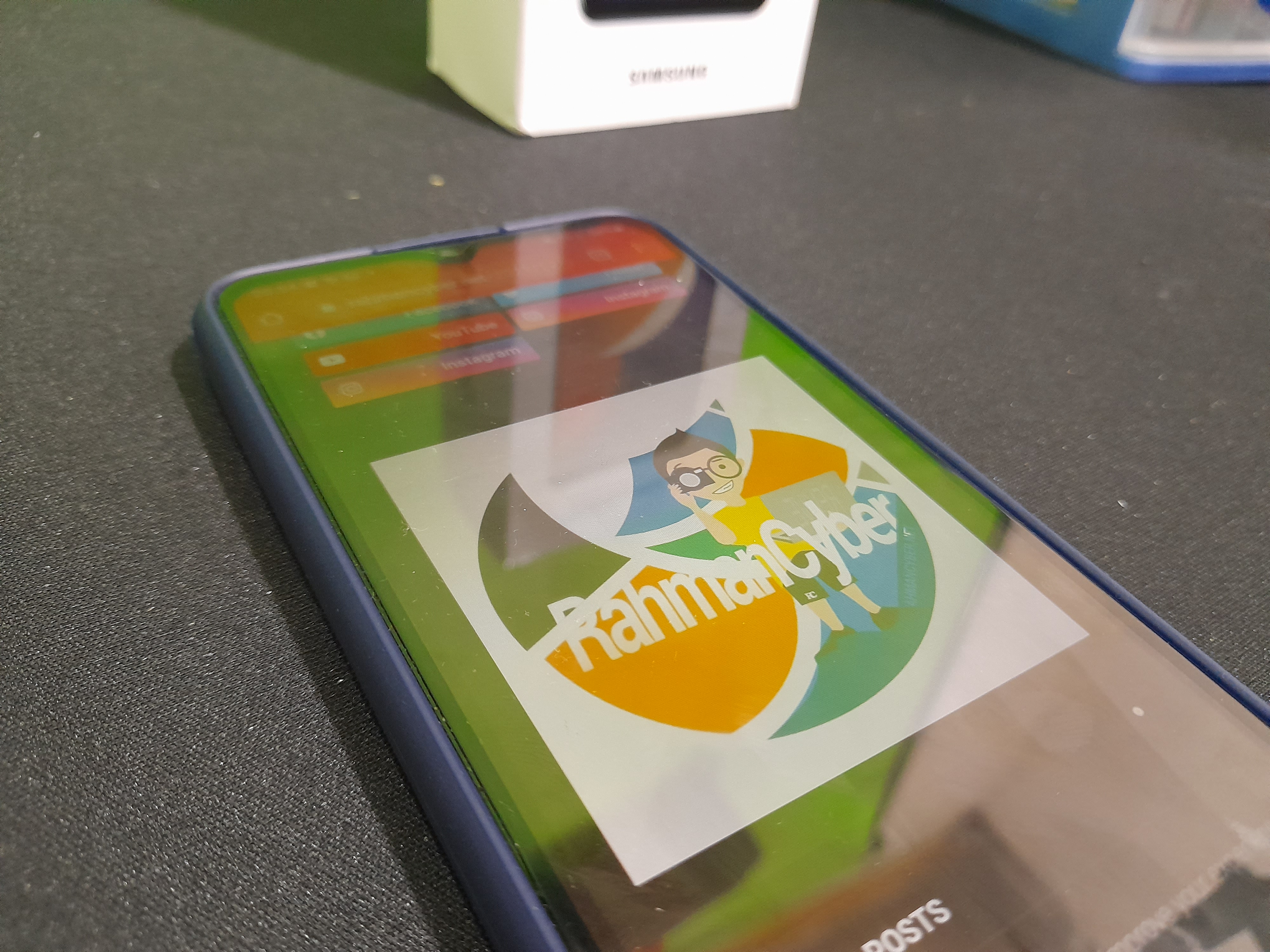 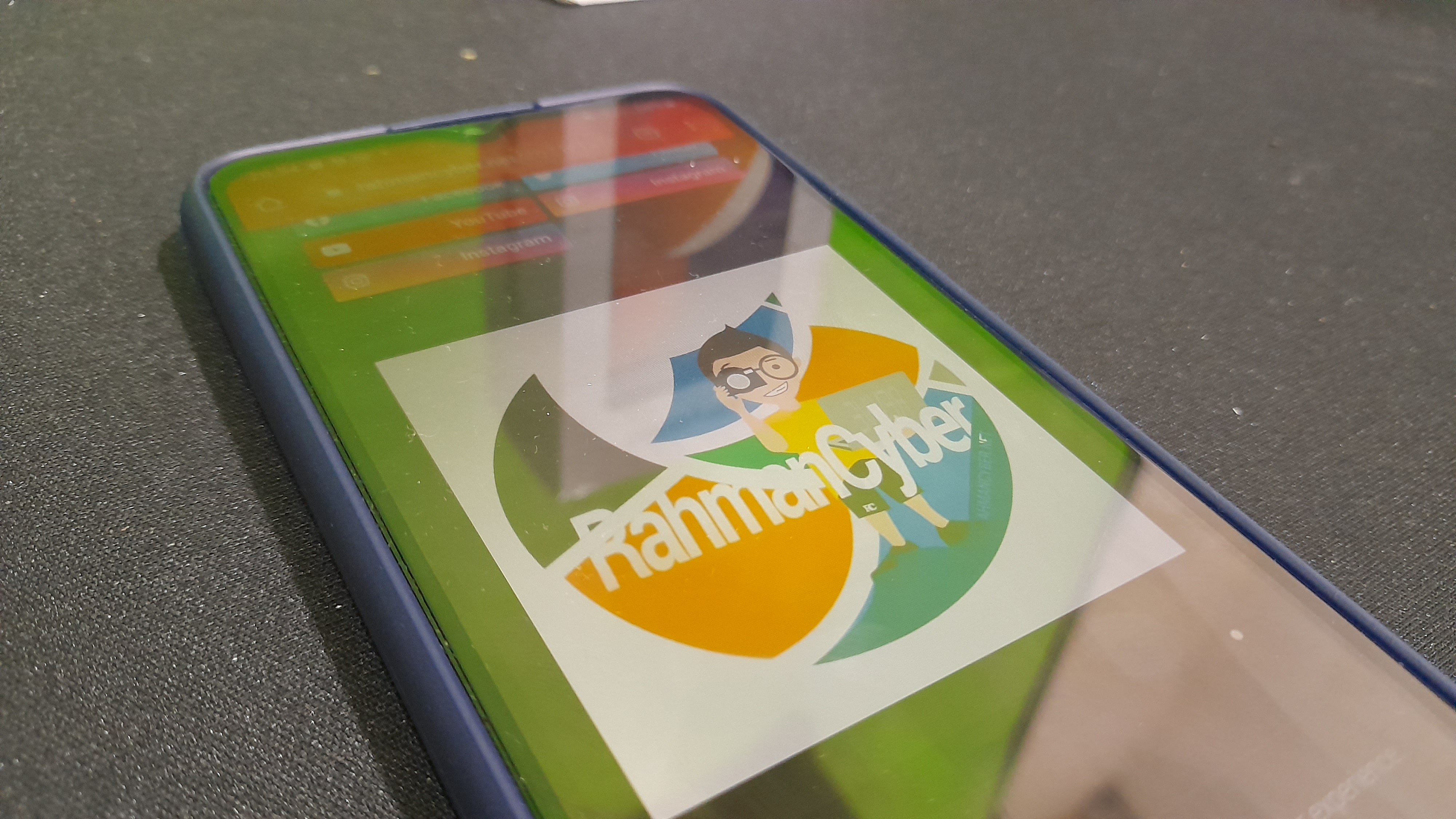 This will form a square photo. 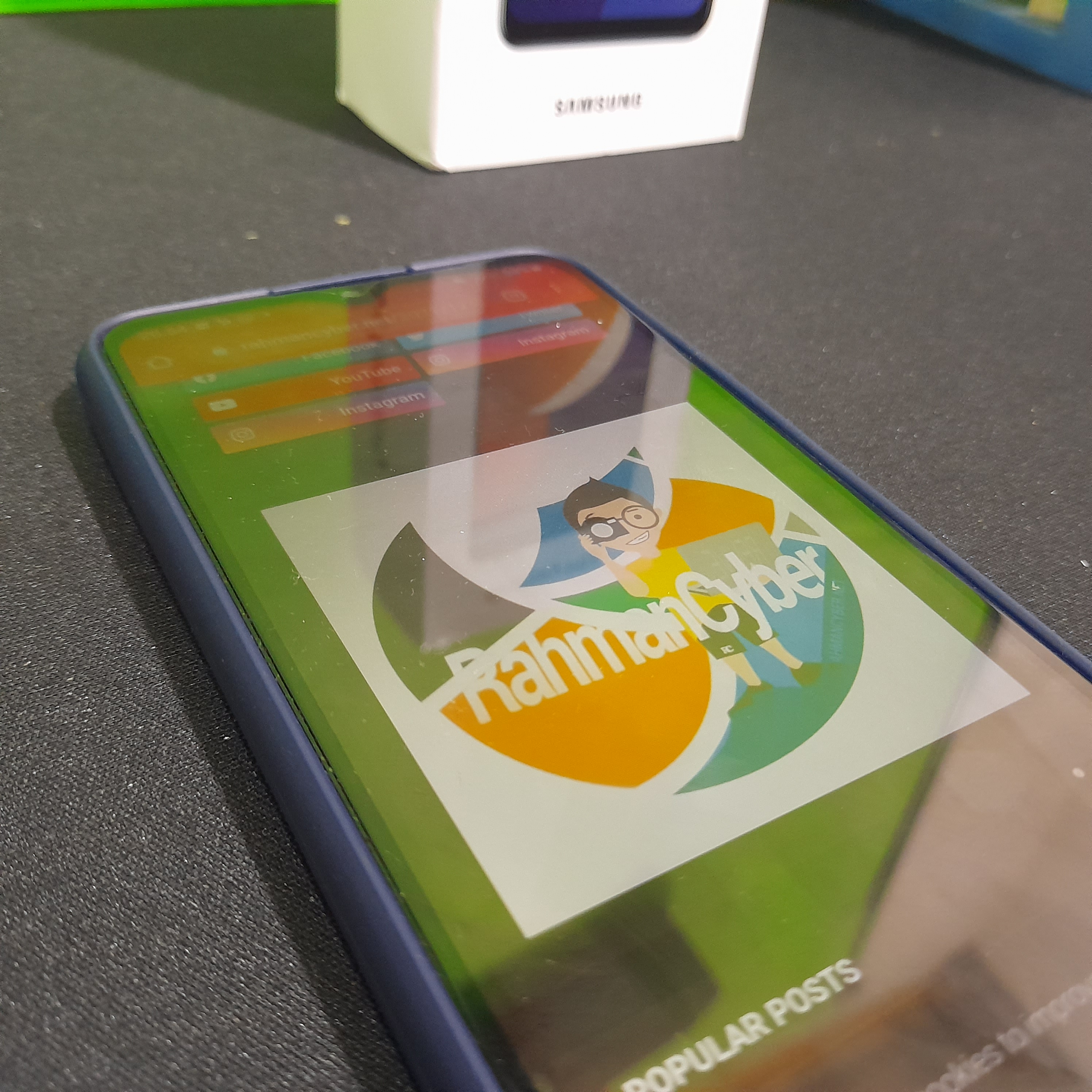 after we try and do some testing, such as trying to install the application, try to operate it directly and how when we use it in standard work as usual for the Samsung M12 it is quite capable.

in terms of the camera, it’s okay, to support work as an online store administrator or for product photography itself, I think this is reliable enough, if you want to be thrifty and economical.

Even if you compare it to a DSLR camera that has professional skills in the field of photography, I think it’s ridiculous too, because I see the price comparison is so big.

Okay, detailed and good photos are interesting, they say it will also attract people’s interest in the product, but if you force it with mediocre funds, I think it would be better to allocate more funds to the product, rather than the appearance of the product, which may have different tastes. yes…

won’t it be if it’s thrown into an online shop, or a website, it will be compressed huh,,, hehe, if not, your web page will be heavy, right?

Alright, hold on to those 3 points… I think that’s enough eye catching the results of your photo.

Remember, this is a product photo…

If indeed you have really limited facilities and minimal budget..

Well, if you’re already rich, have it dslr... why take a photo using a smartphone, try it… wkwkwk, eman, bro, dslr… 🙂

whereas if for example this Smartphone is used for activities that use graphics, I suggest that it is smooth, you can change it to the lowest setting so that it won’t lag later. For example, if it is used forgames although here I suggest more for more productive activities.

If it’s to support the admin of this online store, I think it’s good enough because it really is ramit’s good, so you also don’t have to worry if the memory is full and later it will lag…hang especially when responding to lots of chats or you use the features auto synchronous which of course this will eat RAM or memory.

something like that for a cheap smartphone review Samsung Galaxy M12. Hopefully useful for your reference before deciding to buy.

Information Regarding Technology and Computers, you can subscribe to RahmanCyber.NET Channel https://www.youtube.com/c/RahmancyberNet/videos