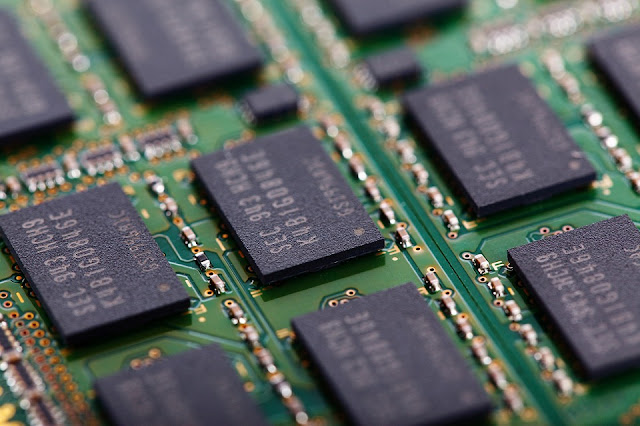 Hello friends, here I will briefly review the lecture material that I used to get when I was still struggling to study Strata 1 in the Informatics Study Program. Even though I’m not very smart, here I’m just sharing material during lectures.. ^_^

In this discussion we will review about Memory / Storage Methods in a computer. Please note, maybe for some people think that the so-called hard disk storage is, yes it is, but it’s not that simple… even in processing data on a computer CPU there is a fairly complex method related to memory… whether it’s temporary storage to be forwarded to other parts, or permanent storage as a form of cache to facilitate data retrieval

In terms of informatics science, there are 2 divisions of memory, namely Internal memory (RAM) and External Memory (Hardisk, CD ROM, Magnetic Tape, Diskette), but here we will discuss the internal one more…

Before going any further, we need to understand Memory Hierarchy 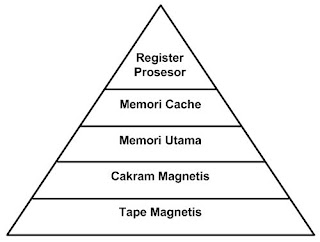 THE MEANING OF THE MEMORY HIERARCHY

Characteristics of the Memory Hierarchy

The further down, the hierarchical triangle has the following properties:

1. The lower you go, the cheaper the price per BIT

2. The lower you go, the bigger the capacity size

The lower you go, the slower the data access.

4. The lower you go, the less CPU access you have

on the location memory can be divided into 3 types:

Based on Physical, there are 3 Types of Memory

There are 4 types of data unit access, as follows:

Example: Magnetic Tape Back Up Cartridge 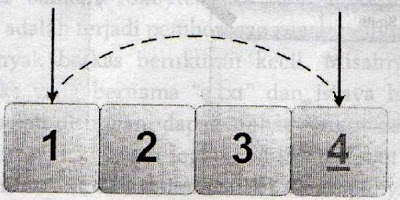 It is a Read/Write (R/W) memory where the contents of RAM can be updated at any time and are volatile (not permanent) and data/instructions are used during processing.

Based on its Component Structure, RAM is divided into 2 types:
1.SRAM (Static RAM), the structure is made of Bipolar Transistor components
2.DRAM (Dynamic RAM, structure made of Capacitor components) 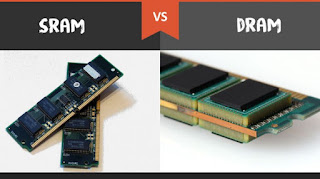 1.Made of bipolar transistor system
2.Requires relatively large operational power
3. Does not require a Refresh circuit, due to the nature of the transistor.
4. The density of the IC chips is small (small), the capacity is small
5. The price per byte is relatively more expensive
6.Very high Data Access Speed
7.Efficient for small systems and systems that require high processing speed.

1.The structure is built from Capacitor components
2.Requires relatively small operational power
3. The density of IC chips is large, so the capacity is very large
4.Requires a series to “Refresh Cycle”
5.Cheaper price
6.Efficient for large systems
7. Data access speed is relatively slow compared to SRAM