UNDIP is State University which is very popular in Semarang. This is a brief History favorite college.

Around 1950, the people of Central Java needed presence UNIVERSITY, as the implementer of education. At that time, Central Java only had UGM (Gajah Mada University) which was the only one STATE UNIVERSITY. Even though the number of high school graduates in Central Java is increasing. So that it is formed Semarang University at that time.

and it was at that time that efforts were made for SEMARANG UNIVERSITY to become a country with the support of the local government, because there was no state University in the province of Central Java.

January 9, 1960, with hard work back and forth to Jakarta, finally the nationalization committee Semarang University able to meet with President Soekarno, and he agreed to tergerikan the Private University, and gave the name “DIPONEGORO UNIVERSITY” by a presidential decree which was confirmed by government regulation No. 7 of 1961 and the Decree of the Minister of Education, Teaching and Culture No. 101247/UU dated December 3, 1960 and until now DIPONEGORO UNIVERSITY continue to develop themselves by adding faculties to produce human resources with undergraduate quality. In the period 1961-1970, 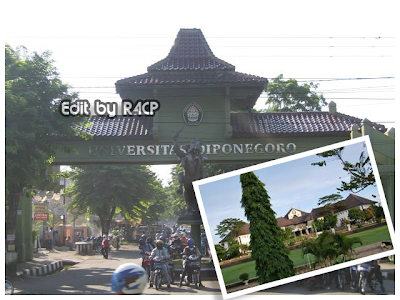