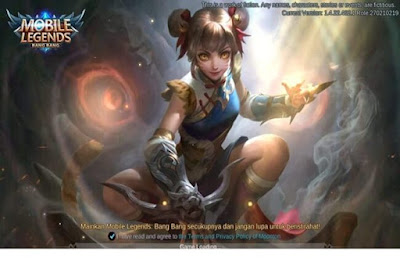 After the hero Ling, finally Moonton as the developer of the Mobile Legends game released their newest hero with the role of marskman like Iritel and Bruno. His name is Wanwan, it has been officially launched since October 26, 2019. Well,menitinfo.com missed the update, because the admin rarely plays MOBA games, hehehe.

Like other ML heroes, Wanwan has several facts and backgrounds taken from Chinese culture that are applied to Oriental Fighters. This team consists of Zilong, the Red Dragon from the East, Baxia, the Black Tortoise from the North, Ling, the Blue Bird. from the South, and Wanwan, the White Tiger from the West.

In Chinese mythology, they are dubbed the four protective beasts and in the Mobile Legends game itself, the team that has the four characters above will get a speed boost buff.

The perfection of a hero depends on the person who plays it, so that it doesn’t become a burden during the match, it is mandatory for you to understand the best skills and builds of this Wanwan hero. In the Mobile Legends game, Wanwan is armed with a small crossbow in her left hand as her main weapon.

A passive skill that will activate automatically when Wanwan starts to attack the opponent. That every hit produced will deal damage of 2.5% of the opponent’s HP and increase damage by 30%% for 6 seconds.

So that Tiger Pace – Passive Skill can be optimal, you need to attack your opponent from 4 directions front, back, right, and left. Then when the Weakness breaks, next you can press the Ultimate skill to finish off your opponent.

Wnwan will fire a Fire Swallow in the specified direction and the hit hero triggers Tiger Pace at the time of the first attack, dealing additional damage and slowing effect by 30% for 1.5 seconds.

This hero can retract his attack and enemy heroes who are hit twice will be stunned for 0.5 seconds.

Skill 2 will differentiate Wanwan’s hero as a role marskman compared to others. Wanwan will be able to release an explosion and remove all CC effects that hit her and inflict additional damage on explosions to enemy heroes around her.

In addition, Needles in Flower also increases Movement Speed ​​by 25% for 2 seconds. The feeling is that there is no Marksman who can get off CC like Wanwan? even so you also need to be careful when meeting counter heroes like Gusion, Ling, and other assassins if the items are not maximized.

You need to know, that Wanwan’s Ultimate skill can only be run if it has hit all the Weaknesses of the opposing hero. So make sure first that all opposing heroes have been hit by their Weakness to trigger Tiger Pace and Crossbow of Tang simultaneously.

Wanwan will shoot arrows repeatedly for 2.5 seconds. If the first enemy is dead, Wanwan will change the target and add an additional 1 second. 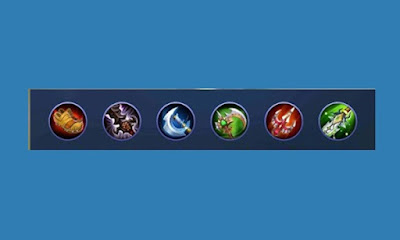 Swift Bootsthis item is mandatory to increase movement speed while increasing a number of attack speeds from Wanwan.

Demon Hunter Sword, an item that deals damage as well as increases attack speed. The effect of this item is to increase the physical attack of the attack and give Wanwan a certain amount of lifesteal.

Berserker’s Furymaximize the Burst Damage specialization by increasing the critical damage and critical chance of the Wanwan hero.

Corrosion Scythe, has a special effect to slow down enemy heroes. This can be combined with 2 Wanwan’s skills, as well as functioning to increase damage, attack speed, and a number of movement speeds.

Endless Battle, items to be able to do a team fight with enemy heroes. This item has the use of increasing additional lifesteal and physical attacks.

Blade of Despairto increase physical attack by a significant amount and have the opportunity to increase attacks on enemy heroes with HP below 50%.

Raptor Machete (optional)a jungling item that you can use if you use the battle spell Retribution by increasing physical attack and physical penetration.

Then for the choice of battle spells, you can choose between Inspire to increase attack speed instantly, Retribution to help with farming or Aegis to receive 50% Sheild for 3 seconds..

Lastly, don’t forget to choose the emblem set, you can choose the Custom Marksman Emblem, don’t get me wrong!