How to Change Your Voice on WhatsApp Into a Robot
–

For those of you who like to chat via WhatsApp, apart from sending text messages, we can also send audio recordings. You probably already know how to just hold down the mic button in the bottom corner and then we talk, when you release the audio message will be sent immediately.

But did you know we can also create unique audio sounds that can be shared via WhatsApp, LINE and Facebook. This unique voice can be similar to robot, bees, squirrels, and many more. You must be curious right? try it, you guys create your own so that your friends will be even more surprised when they hear your voice on WhatsApp.

How to Turn Your Voice Into a Robot

If the voice messages via WhatsApp that you send are just that, that might sound boring. With the addition of an application called Voice Changger, an application developed by AndroidRock can change your voice into various types including robotic sound effects with easy use for us to run.

We don’t need to have special skills, just download the Voice Chengger application on the Play Store and follow the instructions below:

1. After you download the Vouce Chengger application and install it on your phone, you can open it immediately. Immediately tab button Record Audio to start recording your voice.

2. If the recording process is considered sufficient, you can press the button stop at the bottom of the screen to stop it. 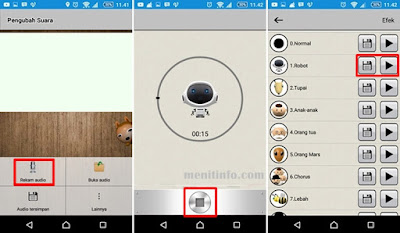 4. Next before saving you can name the file according to your wishes so that it is easy to distinguish recordings from one another, with the pencil icon button tab. Tab ok after you change the file name. 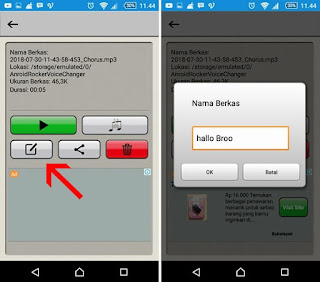 5. Finally, you don’t need to open the recording via a folder to share it on social media, just go to the share icon tab / share and select WhatsApp for voicemail. Besides that, you can also share to other social media such as Facebook/Messenger, Line, BBM. 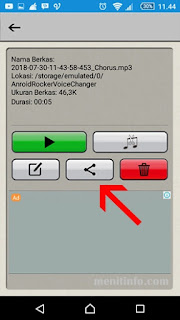 In addition to creating and giving effects to audio, the Vouce Changer application is also able to change the sound or audio in the form of mp3s that you already have in the internal memory.

– The method is quite easy, you just have to tab the menu Open Audio and select which directories and files you want to effect. 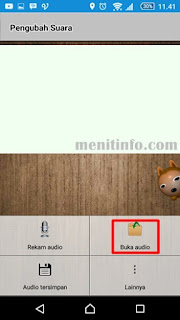 – After that you just follow the steps from giving effects to saving the results like the first step after recording audio.

That’s how you turn your voice into a robot and can be shared via WhatsApp as a voice message. Not only robot effects, you can create your own according to your wishes because the effects on the application are not only one or two but dozens.