Running Android applications on a PC, Android is the dream of many people today, various interesting applications make us want to have them, but what if we don’t have a cellphone?

How to Run Android Apps on PC

How to Run Android Applications on PC is to Use Emulators! yes Emulators.

Don’t worry, friend, because there are several emulators that I have tried… and here I share the info as a reference for friends.. Luckily there is Bluestack, which is an android emulator software, you can like having an Android operating system inside Windows Operating System
as well as Macs.

A person named Rosen Sharma from India has the idea to make Bluestacks software which has been under development since 2010. Until now this software has reached version 1. Up one level from the beta version.

How to Install Bluestacks on Windows PC

There are 2 types of Bluestacks Installer, namely:

–
Online Installer
[3.6 MB] From my experience, I first tried the Online installer version, but in the middle of installing I experienced an error maybe due to an unstable internet connection problem

–Offline Installer
[135MB] (*I recommend) After the download is complete, then double click on the bluestacks installer file. Wait for it to finish installing. Bluestacks requires at least 2 GB of free disk space. If the installation process is complete later, Bluestacks will run automatically.

2. After a successful download, please install it directly and follow the installation steps, because it is very easy to install.

3. After installing, please immediately search for Bluestacks in the Start Menu on the Window, and look for the application called Bluestacks.

4. If you have, you need to log in with your Google account, like if you have a new android phone, the way is to go directly to Settings / Settings – Accounts – Google.

5. If so, congratulations.. You HAVE ANDROID SMARTPHONE on PC…

These Bluestacks are Android emulator on PC the most familiar in my opinion, because at first I knew the emulator, the Bluestacks..

Bluestacks itself was founded in 2011 ago in San Francisco, California, America with its head office located in Campbell California America – Source of
Wikipedia https://en.wikipedia.org/wiki/BlueStacks

So with Bluestacks it allows us to run android applications like we use a smartphone, but because it can be run on a PC, the display size becomes wider.

Bluestacks itself can be run on computer OS such as Windows from Microsoft and MacOS from Apple.

What is the function of the Offline Installer?

MEmu is an Android Emulator software to simulate Android OS on PC. It provides a native Android OS user experience, allowing you to install, use, and uninstall any Android app, just like a physical Android device would. You can control your apps or games with just a keyboard and mouse, sometimes even with an external controller. 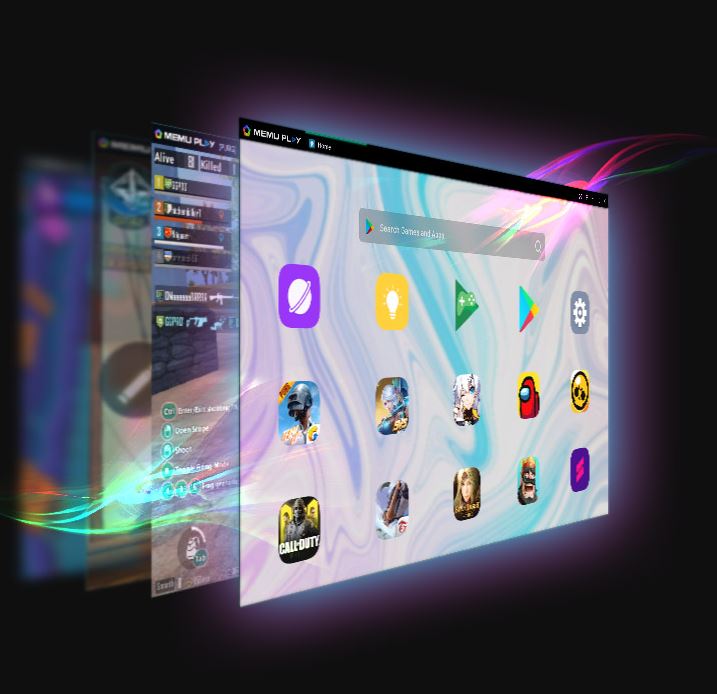 NOX PLAYER is also a lightweight android emulator, I’ve run the emulator and it doesn’t burden the PC even though the specifications are low. 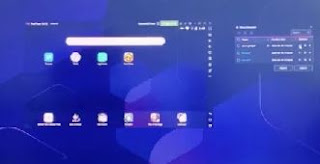 NOX itself is an emulator application that you can download directly at BigNox.COM, BigNox

So, those are some of the Android Emulators that I’ve used on a PC, whether it’s for gaming, or for tutorials.

Please try one by one if you are curious… hehe

Then tell me in the comments, which one do you think is the lightest and most friendly emulator with your PC specifications…

Can the three emulators run simultaneously on a PC?

So, if you are curious, can the three emulators that I gave you the information above run simultaneously? that means you have 3 Android phones, yes.. The answer is.. I’ve tried it and can..

But still, your computer specs must be strong, hehe, because you run 3 applications at once.

What do you want to do? I’m curious…

How to Run 3 Emulators at Once..

That’s all, bro, for a discussion on How to run Android applications on a PC / Computer / Laptop.

In addition to gaming, you can do a lot of productive things using the Android Emulator mentioned above, for example using functions that are not available on PC but available on Android… Although for Windows 11, there will be lots of changes and new things later, even you can run the android application directly… by installing the APK file on Windows buddy… that’s a rumor circulating…

As an android application developer, of course with the EMULATOR above, it has helped a lot for the debugging and direct testing process without having to connect a smartphone right… hehe…

Especially if Windows is already able to install Android applications…

BTW, Android will also change its extension from .apk.. 🙂 to aab

I hope the above discussion is useful…