It’s not a rare item anymorebecause we also know some mobile editing software that is the mainstay of some content creators, one of which is kinemaster who have supported Layers or layerbut there are limits, bro, adjust the performance of your Smartphone or Tablet, The most interesting feature is Chroma Key aka greenscreen remover.. hehe even though blackscreen and bluescreen can also be done, we just have to select the color we want to remove.

But it’s really editing on the cellphone still not professional than editing on a PC which does have a maximum device performance, the article is for Even mid-range smartphones/tablets still have limitations screen size for example, and Processor speed and RAM also has an effect, yes, maybe you could say editing on your cellphone is a simpler solution if you are lazy to open your PC, friend, or are traveling where you are… and need to upload it immediately… hehe

My plan is to get rid of the Alight Motion Watermark, friends, because I’m really interested in this software… but this is still a plan… in this post, I’ll tell you later How 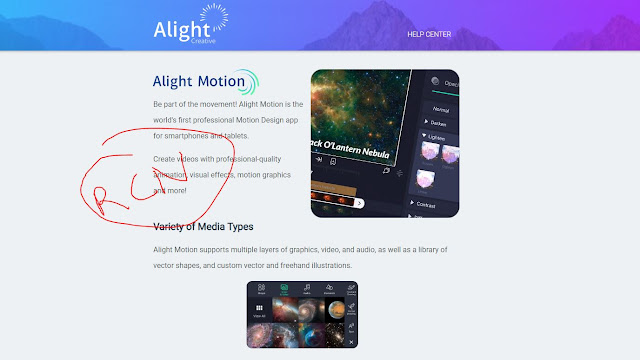 Some Features of Alight Motion

Of course the features of a software it’s an attraction in itself, friend, whether it’s as a comparison with other applications or as an illustration for us, this application can actually do anything.. is it worth it or not to buy? So, here are Genks’ Alight Motion features…

There is Multiple graphics, video, and audio layers
• Support vector and bitmap (edit vector graphics directly on your phone.. that’s great)
• Visual effects and there are quite a lot of color corrections available
• Keyframe animation available for all Effect settings
• Easing animation loosening for smoother movement: Choose from presets or create your own timing curve
• Motion blur speed based
• Exporting MP4 videos or animated GIF
• Solid color and gradient fill effects
• Border and shadow effects
• Group layers together
• Save your favorite elements for easy reuse in future projects

How to Remove Watermark in Alight Motion

Yes, friend… to remove the watermark, you can Subscribe (Subscribe like that..) Here I don’t teach you any other way besides subscribing. There are 2 types of subscriptions, the first is Monthly subscription around 19 thousand, so every month you pay that much and it’s quite cheap, friend… while the cheapest and I recommend is subscription per year at onceso you pay around Rp. 109000 per year, where the calculation is only Rp. 9100 per month. it helps the continuity of the developers genks..

Who is the developer of Alight Motion?

Now from the information we get, Alignh Motion was developed by a small company in Korea called Alight

Creative Inc, friends, you can visit the official web page https://alightcreative.com/ the address is based on the info I got on google play, it’s in the Seoul area, bro, Gangnam to be exact


When will Alight Motion be released on Google Play?

For the release date, it turns out that it’s been quite a while, namely August 5 2018, and now when this article is updated it has reached version 2.8.0 with the Latest Update 2.8.0 which provides several updates on December 18, 2019:

Layer Visibility – You can hide the video editing layer or layer without deleting it, by looking for the eyecon on the left edge of the timeline, so it feels like editing on a good PC.
Effect Visibility – Hide the effect without us having to delete it, remove the effect in the Effects panel and look for the eyecon.
Enhance Spot Color Effect – New choke parameter to help narrow the chroma range if too many other colors are overexposed or too bright.
Bug fixes and performance improvements

What are the hopes for Alight Motion in the future

I do hope there will be One

Time Purchase aka One time payment… hehe, and for effects like Rotoscoping held, for example we can select an object with maskautomatically selects the object and removes the background.

What Device Permits are needed?

This Alight Motion app has access to:
Photos / Media / Files