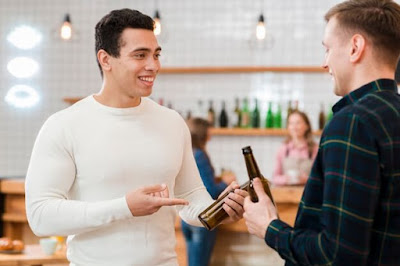 Persuasive ability is a science that has been studied since ancient Greece BC. Plato said “The person who masters persuasion will get whatever he wants in the world.” This knowledge is very useful for anyone who wants to improve his abilities.

Although very useful, on the other hand this ability to influence others can be very dangerous. An extreme example is Hitler.

Hitler was just a young boy who aspired to be a famous painter. Despite having excellent painting skills, it was the skill of influencing others that changed his life.

He was able to convince others to make himself head of the Nazi party, then convince the German people to vote for him and convince everyone that war must be fought.

Another simple example is that this ability to influence others is used to sell a bad product to sound good, convincingly offer a bogus investment and so on. The speaker does not look deceptive at all, he is able to lure others to believe in him.

The purpose and reason for studying persuasion should be for good purposes such as building relationships, changing bad mindsets that exist in other people, inviting them to good things more effectively, selling products that are beneficial to customers and others.

But keep in mind that changing other people’s thinking also takes time, understanding, listening skills, a solid foundation of thinking, rational and simple arguments, and various other aspects that require full attention to the other person.

If you think after reading this you know how to convince people in an instant, there is no answer here. It’s rare for an “Aha! That is true.” then suddenly be able to convince others.

this guide isn’t really about changing other people’s minds…

But the way for the interlocutor to convince themselves. Because nothing can change other people’s thinking except the person himself. The mind is the only thing in the universe that we have complete control over.

the point is to get them to re-question their beliefs, then give them the beliefs you propose and once they hold on to those new beliefs, reinforce those beliefs. 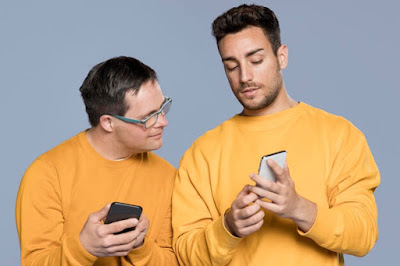 How to? Check out the following:

Simply put, when we meet new people, our instincts automatically become wary because we perceive them as unsafe, threatening and dangerous. This instinct protects us from criminal acts and keeps our values ​​from being easily influenced by strangers.

a rapport means making other people believe that you are safe enough, kind, sincere, part of the group and friendly enough. This is the key to communication, namely trust. With high trust you actually already have a great opportunity to influence other people.

However, in the first stage of meeting, it is not easy to build a report. However, there is a technique commonly used by NLP practitioners, namely mirroring or imitation.

Simply put, we like similarities so as much as possible seek and find similarities from the other person. For example, ask about hobbies, activities, origin and others. If there is a resemblance then you are a part of it. In addition to the topics discussed, body gestures are also adapted to the other person’s gestures.

2. Listen before you want to be heard

Both in Dale Carnagie’s “How Win Friend and Influence People” and “7 Habbit Highly Effective People.” like Dr. Steven R. Covey, they both discussed 1 chapter devoted to listening subtitles. This shows how important it is to listen before you want to be heard.

listening, you know what values ​​he holds, what he considers emotional deposits (to be discussed) or not and how he views his life.

By listening, people will show the program manual in their brain, what influences them, the basis of their thinking and the reference they use in life. This is the key to influencing other people, which is first knowing what affects them before actually influencing them.

Everyone has what is called an emotional deposit. A good analogy to human relationships. Emotional deposits are the same as bank deposits, we can charge or withdraw them at any time.

Filling it by giving attention, giving confidence, doing things that make him happy, doing small things he likes, these are emotional deposits.

On the other hand lying, blaming, yelling, hating, hurting, and offending other people’s emotions are forms of withdrawal.

What does that have to do with persuasion?

If you have a lot of emotional deposits against someone, then you will be very trusted and you are very easy to influence.

In addition, with a large deposit, you will be very easy to be forgiven for the mistakes you make or the words you say. This is very important in influencing others.

4. Put emotions ahead of facts

It sounds strange where we usually have to prioritize facts and logic over emotions.

However, our behavior is not actually driven and driven by the facts we know but based on the emotions we feel. In fact, emotions often make us rationalize things that are in fact irrational.

We all know that sport is important, this is a fact. Yet few of us exercise out of laziness, and this is a feeling. Often people rationalize with, for example, daily activities are quite tiring, so there is no need for exercise. Or the important thing is healthy food and no need to exercise. 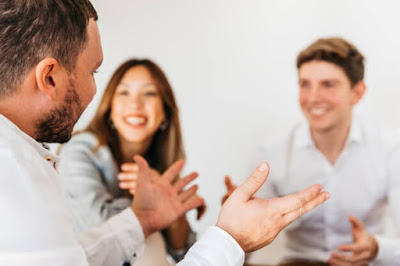 Or another example is smoking. Everyone knows smoking is dangerous (fact), but some people still smoke because of addiction (emotion). They rationalize whether smoking or not people will still die. So he feels a loss throughout his life does not feel the pleasure of smoking.

Once we know that our brains are more influenced and controlled by emotions than facts, we can devise strategies to influence other people’s emotions.

For example, when you want to sell health products. Instead of explaining how great the product is, explain how good your potential customers will feel if they use the products you offer.

Influencing others takes practice, habituation and good communication skills. Hopefully this article can help you to change other people’s minds as you wish.