Right now you have many choices when you have Chromebookbecause of android and linux support, make chromebook being a reliable laptop, not only for mobility that only deals with browsers and online internet, but you can be more creative.

With a variety of choices android app and even linux (in this case debian linux), you can get more options to install apps and software on ChromeOS Chromebook.

Then, what Chromebook is this effective for video editing? I think it’s less effective, but it can.

If you are a video editor, then you will feel lacking, when you force it chromebook this is for video editing, especially the average chromebook use storage media eMMC which has a small storage capacity.

However, because of that, it doesn’t mean Chromebook this can’t be used to edit videos huh…

You can, but not as much as when you use a PC…

If on a PC, you can install video editing software that is already a veteran, such as adobe premiere, Davinci Resolve, Hit Movies Proeven the lightest like Filmora which has a variety of features and plugins, even easy access to assets to make video editing easier, while on this Chromebook, you can’t find some of the software above.

even so, with support for Android and Linux applications, you can install some of them software video editing that already supports android on chromebook.

Not all bro, video editing applications on Android can be installed on Chromebooks…

Android Video Editing Applications that can be installed on Chromebooks

Here I show video editing app which I have tried in Chromebook and can run well.

1. Kinemaster can be installed on a Chromebook (Android)

This is a video editing application on Android that is much-loved for video editing. kinemaster this is the orientation already landscape

since it was first launched, so you will be able to enjoy a wider screen and make it easier for you to swipe timeline your edits. 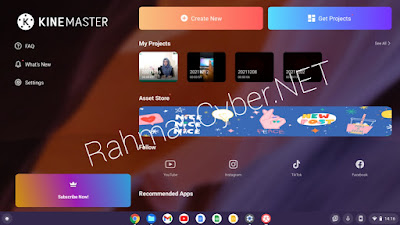 Yup! you can do video editing like when you edit on a smartphone, only this is more relieved…

also discussed it a little in the video on RahmanCyber.NET

You can look at this video.. which discusses more about Kinemaster video editing software on chromebook. What is the performance like, can the kinemaster features work well? what about the rendering? all of which are summarized in this video, which is approximately 30 minutes long.

The use of video editing software was also discussed in the experience of using Samsung’s Chromebook 4 which was published in 2021 ago.

that’s my experience using chromebook for 3 weeks…. and I’m quite comfortable… hehe

editing feels different when using software commonly used on PCs such as Davinci Resolve or Adobe Premiere, even for importing videos, it’s not as good as that on a PC, sometimes there are still things that can’t be imported because of the unavailability of support for codecs.

but for commonly used video formats, it can be imported very easily and well.

For the Samsung chromebook 4 that I bought, it can support rendering up to 1440p… 🙂 but still, for the problem of layers, if there are more, it will make lag.. 🙂

powerdirector can also be installed on a chromebook… hehe, this application has a landscape orientation too bro… just like kinemaster..

So if you have made a purchase or a subscription purchase powerdirectorthen you can also use it 🙂 by entering the same google account when you purchased, then you can run the pro version on a chromebook without you having to subscribe again. It can be run, bro.. :), but it’s the same, not all video formats are supported here, if your video can’t be included, it means it’s not supported… eh… wkwkwk

but it does support for common video formats…

My Chrome OS uses Linux Debian (bullseye) or Debian 11 which was released October 9, 2021, that’s the version I chose… hehe, the latest version..

Fortunately in the Debian package, it turns out that there is an OLIVE VIDEO EDITOR, which we can install. 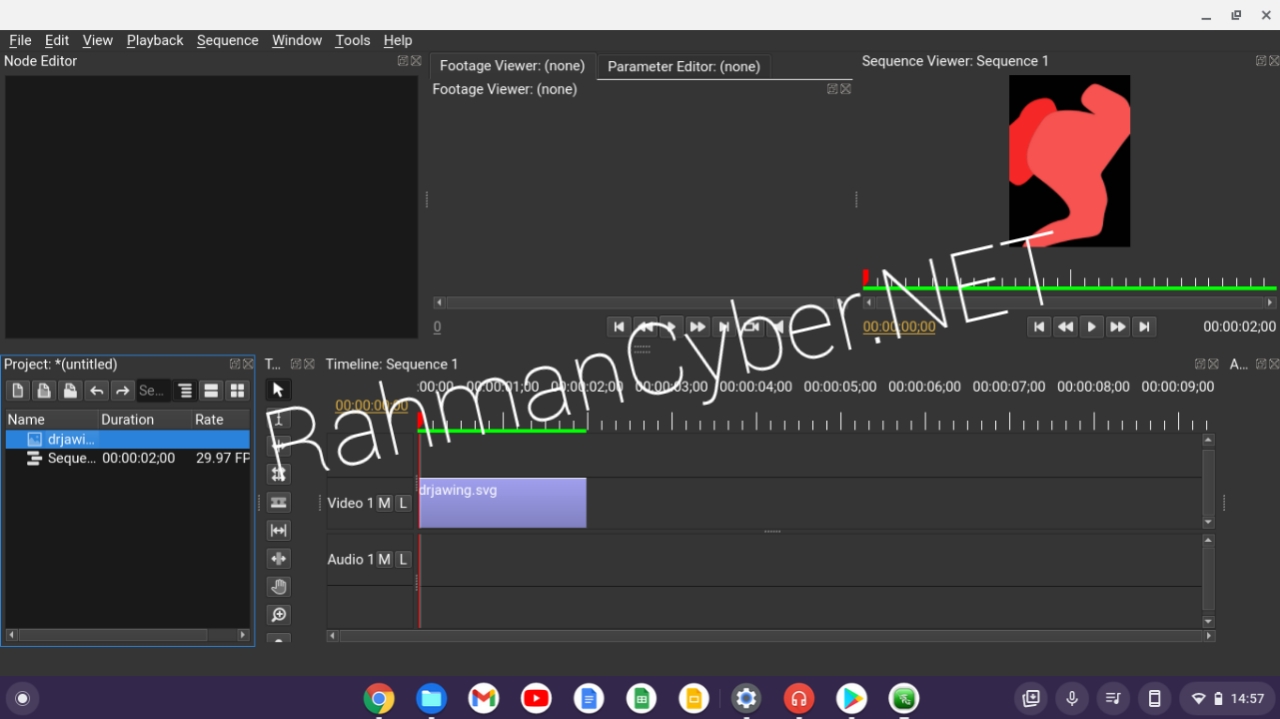 If you have updated your linux terminal, then you can directly install it from debian packages..

You use the “olive-editor” code to call the software installer from the debian package.

– Then, you can type the code sudo below… an example like this… 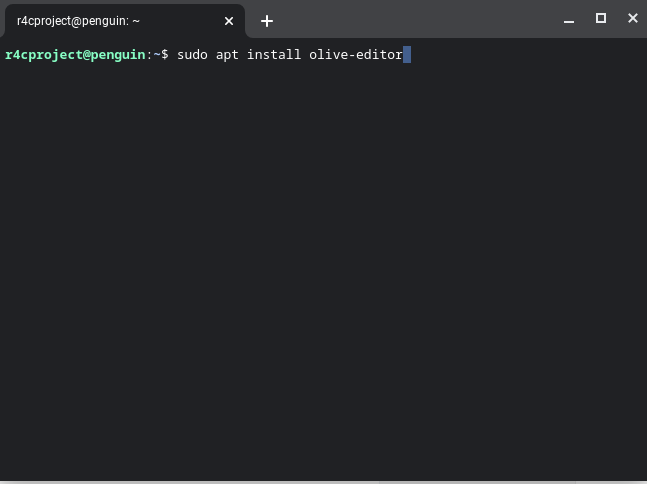 – if you have please click “enter” on the keyboard.

– if an option appears [Y/n] please fill Y meaning that you will be installing Olive Editor on your Chromebook. 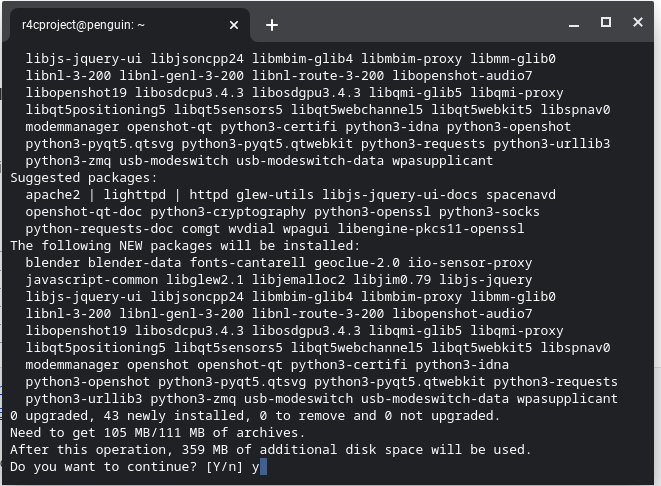 – Just wait, chromebook you’re downloading and installing, until it’s finished like this.. 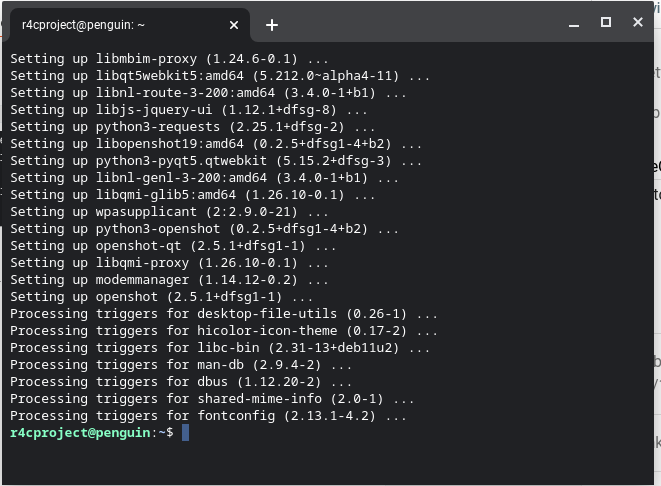 that means it’s done, you can give the next command.. 🙂

but this is really minimalist… ^_^ I haven’t found the effects, transitions here… or maybe it’s just for cutting and connecting videos… hehe

Openshot It’s also possible, if there is a transition effect too… :), the installation method is the same… for the software code name “openshot” 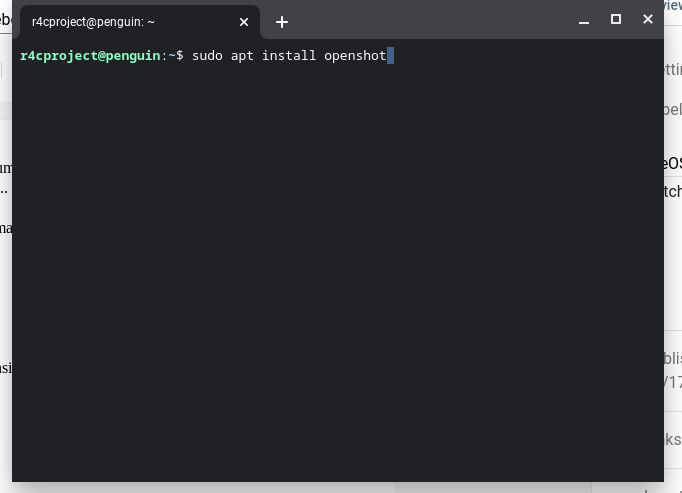 for step step next, just like when you install Olive Editor yes..

For display Openshot like this so it doesn’t look too complicated, actually and simple, and you can also find various kinds of transition effects there, especially for Openshot is this free or real open source and various kinds of support for export, there are also lots of formats, you can also import some videos that you usually put on your PC when editing videos. Openshot quite a lot of support for video formats.

Here, the view of Openshot when installed in ChromeOS. 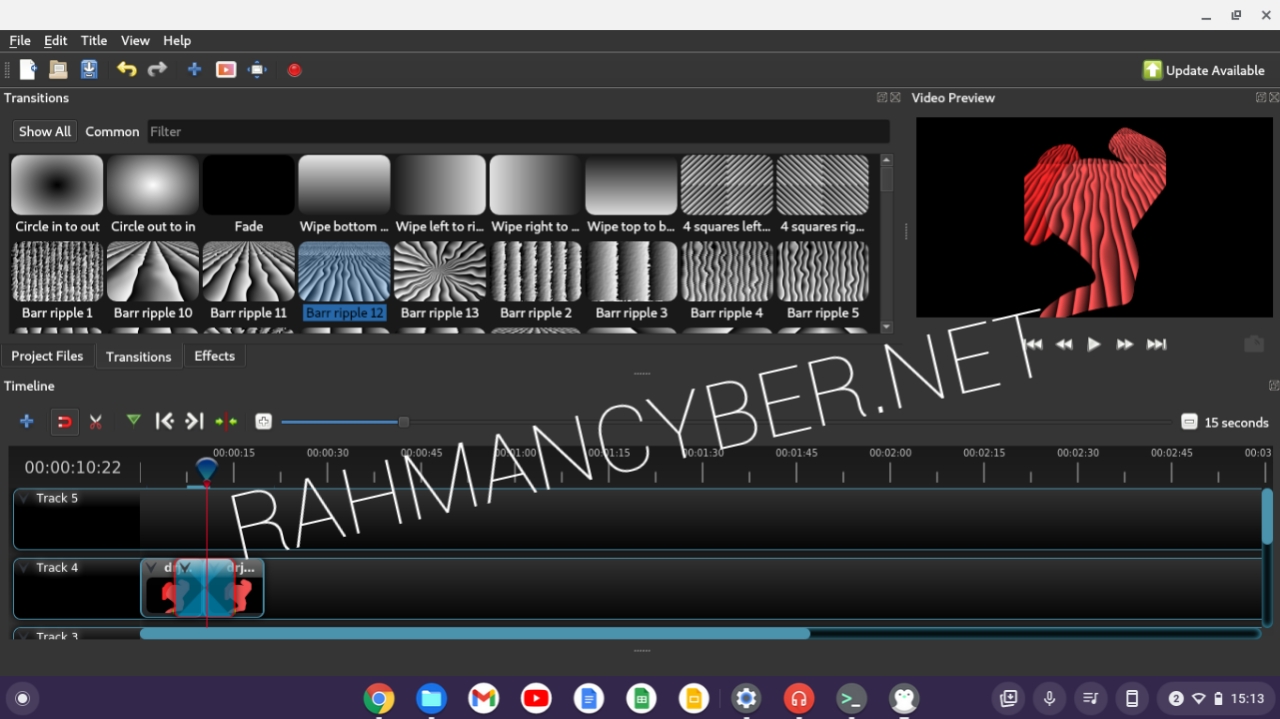 It’s quite a relief and there’s a transition… hehe

For the export part, it also varies…. 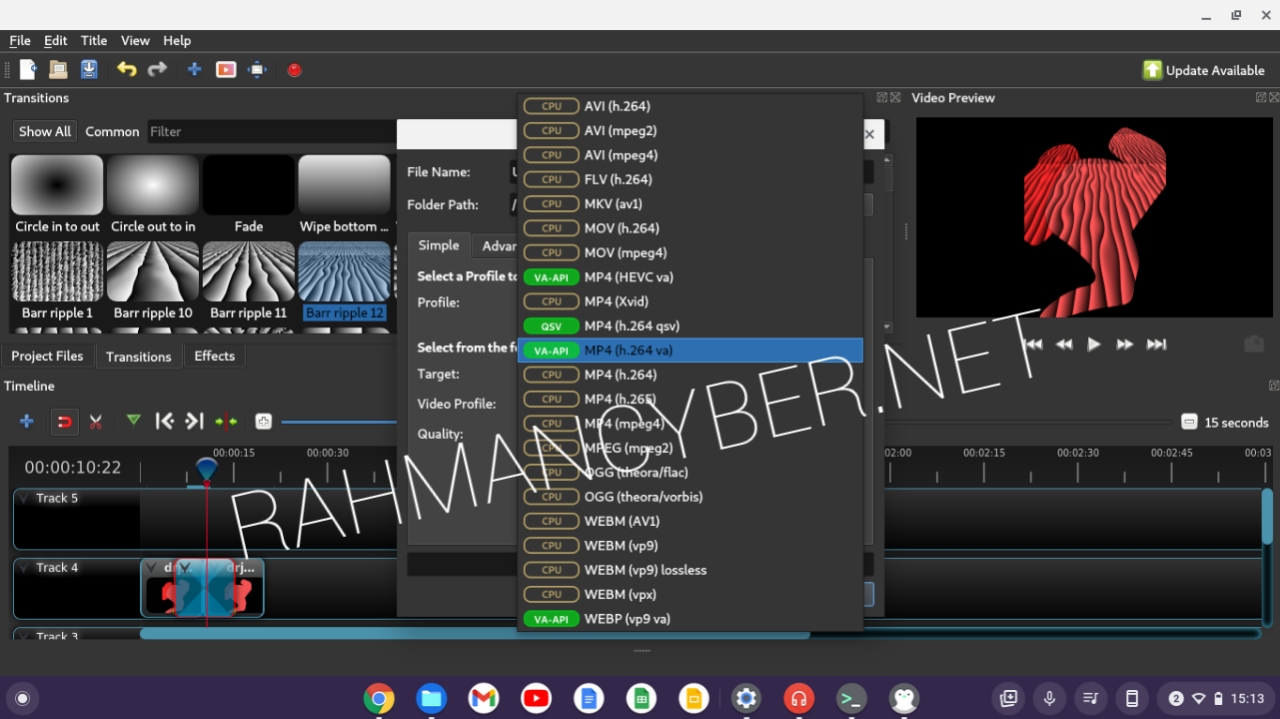 but really, this is a bigger file size than Olive Editor.. so ready to resize the linux storage capacity… hehe

“Indeed, the biggest obstacle is when I can install Linux.. I think it’s in storage.. hehe, 32GB for Android is quite a relief.. but for Linux with a variety of desktop software that is identical to its large size, I think it’s lacking”

This free application without a watermark, you can run on a Chromebook. What is Capcut? Bagidoang never discussed this in a special post, this is the article. 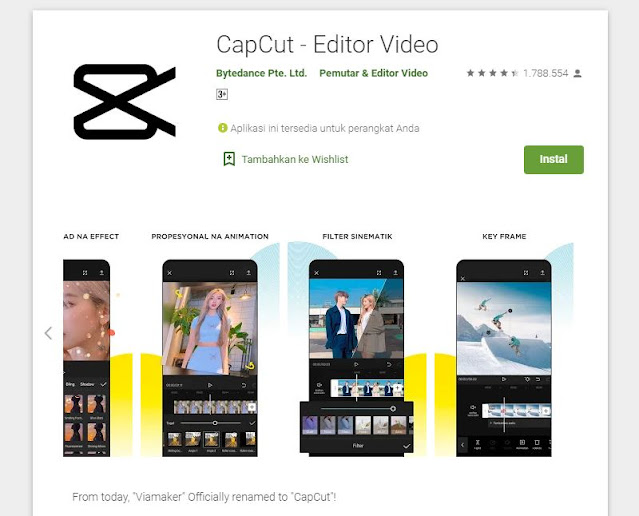 Basically, this Capcut application previously started on Android, friend, while here I just found that Capcut can be installed on a Chromebook, in January, so what I said earlier, I couldn’t, now it’s changed… CAPCUT EDITOR as a video editing application, can be installed at ChromeOS, Chromebooks.

Especially here I tested it on a Samsung Chromebook 4.

Those are some video editing applications that can be installed on Android Chromebook which i have tried..

for some it can, but not landscape orientation support hell.

Moreover, the applications that I have purchased are not even supported, so they can’t be installed, like Ovicutand INSHOT.

So congratulations to those of you who have already subscribed to the application above and happen to have bought it or want to buy it chromebook.

in conclusion, this chrome os can be used for editing, but if your main job is video editing, it’s not suitable ^_^