Currently, the world of cinema is on the rise (in Indonesia).. if it’s been abroad it’s been a long time… hehe, 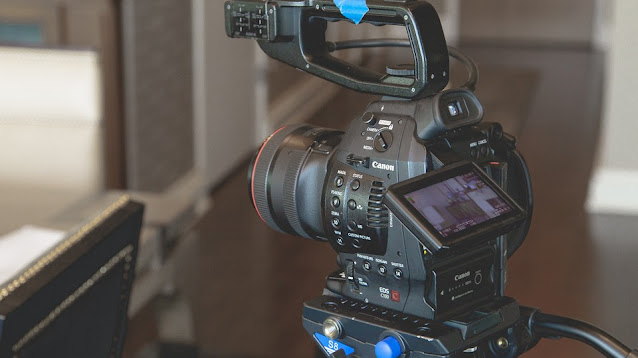 So here you are as Moviegoers or a filmmaker? or both .. 😀 .. it turns out that even in the film world, promotion can’t be separated. A successful name or franchise is the purpose of the promotion.

When a film has finished its story… it’s not uncommon for the overseas film industry to stop there.. Moreover, it already has a successful franchise or name that attracts the audience’s interest.. Alias ​​has made an impression on the hearts of the audience.

It will be a strong magnetic field to re-attract the interest of the audience.

To be honest, I was actually just looking for this term because it appears on forums too often… especially forums about films, whether it’s a commentary on the impression of a film, or a film that ends ambiguously, aka raises a big question mark for fans..

Like the anime film Code Geass Lelounch R1 R2 which I just finished watching a few days ago. and leaves a big question mark. As if it was a trick to survey the level of popularity of the film. Lots of people have questioned this on the forums. About the end of lelounch vi britanian which was stabbed by Zero’s substitute (Suzako) which turned out to be lelounch’s own request to atone for his sins all this time that he had done with his Geass (a kind of strong hypnotic power that can change the structure of the mind –

geass gives lelounch the power to be able to rule everyone according to his will).. which has sacrificed many people including his loved ones during the battle of Kuro no shidan / black knight with Britain who is under his father’s rule, namely charles.. Obviously there lelounch ends in nunnally’s lap his sister who has understood about the meaning of lelounch all this time and the intention of telling Suzaku to become Zero to end himself after his goal of forming a new world full of peace for nunnaly he achieved and transferred all the hatred of people to him [lelounch] ) from the fleeting shadow when touching lelounch’s hand.

at the end of the session, the horse-drawn driver was seen carrying hay on top of which there was a CC where the coachman’s stature was similar to lelounch but his face was not shown (as if it was made into a mystery) especially when CC was like talking to lelounch “Is that right Lelounch?” so it became a bridge to break thoughts about the end of the film..

So there are viewers who are satisfied that it was the end of lelounch, there are viewers who insist that lelounch is still alive and going somewhere with CC to seclude themselves, there are also those who think that it is in the world of C ( THERE ARE BASED GRASS| It also means that lelounch has ended in the real world).. yes, actually, only the creator knows the meaning of the cut scene.. whether he wants to continue or not.. and that’s what makes fans curious to find information about “Is

there still another Code Geass Episode/Season? Is it related to the previous one?”

Not long after, a new Code Geass Movie appeared with the title Akito….. , but it has a different plot and place even though there are some parts that are the same… such as the name eleven… let alone the appearance of old characters, such as Suzaku, CC and Lelounch who his name was changed to Julius but I think that’s one of the terms we’re discussing here, namely Spin-Off. Moreover, it’s like taking a setting in the middle of R1 and R2
Yes, that’s an example… Sorry for those who don’t understand the example or don’t know about Code Geass, it’s definitely not connected… just ignore it… the important thing is that the theory is there [ Kalo Paham ^_^ ]
Strategy to play a franchise that is already successful / popular.

are some terms Reboot?, Remake?, Sequel?, Prequel?, Spin-Off?, or Cross-Over? and the explanation


In contrast to the sequel, this prequel is a work that tells the events that happened in the previous film. Or you could say Flashback. Like Minions Movies. Which suddenly tells about the minions of the era before meeting Gru… Sorry, for those who don’t understand the example or don’t know about Minion, it won’t connect… just ignore it


Cross-Over is a term used to describe a film that brings together several previously well-known characters who have appeared in other films. Cross-Over movie itself has become a trend in the last decade. Whether it’s purely an official cross-over from a film or one that only uses famous characters but is not an official cross-over… For example, I’m making a story..
“I was walking to Semarang and suddenly met Naruto.. What is Naruto doing in Semarang? I’m your fan you know… teach me ninjutsu dong” – described in a short film for example.
there is naruto.. a famous movie character… hehe.. but if it’s just a cute character, that’s okay.. usually there must be approval from the maker.. ^_^ . Wow.. if you want to cross over Naruto Haru to Japan, dong meet Mashasi Gridimoto…??? hehe | don’t know either..


For problems remake and reboot it’s really tricky. Because there is only a slight difference between the two. A remake is a retelling of a film (either completely overhauled or faithful to the original) that has not yet become a series.


It’s different with rebooting. If the remake retells a film that has become a series or is lifted from a franchise. It doesn’t matter if the story is completely overhauled or remains true to the original, Only if it reboots normally there will be no difference in the story of the remake of the film. So it’s only reproduced to live a character with fresher conditions according to the times. Reboots are usually also made for stories that have ended but are brought back to life because there are still many who like them.


Spin-Off films are intended to focus on an incident or supporting character, which usually has its own fanbase or unexpectedly becomes an icon of the film and often becomes a scene stealer in every appearance.

That’s all it seems huh.. hopefully it can add to your knowledge, movie fans.. hehe, I’m also sorry that at this time we have made the Let’s Discuss Film Editor’s Category into a broader category… in the world of cinema, it’s not just a review of films that the writing team has watched before. Gomen Nasai!